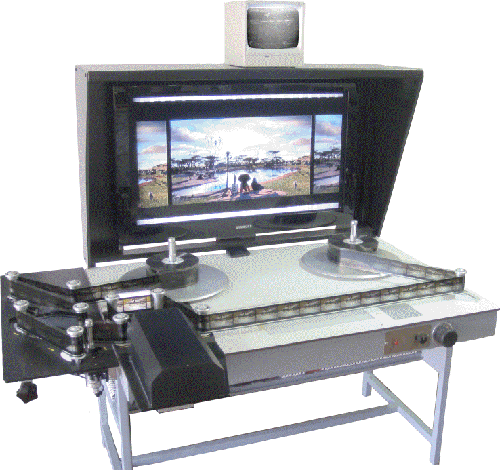 It comes equipped with a full HD Kodak CCD digital sensor that, with all the colour matching tools of the DObserver digitally evolved version, shows through a PC Windows based video buffering system the film perfectly steady up to 30 fps on a large 42” lcd monitor.

Thanks to the IR system that equips (standard on the D-Observer 70mm IMAX version), it is easy to quality control the film surface while the film is running.