D-Observer has been specifically designed for film laboratories, film archives and in general film companies which need to check the total quality of the film in all its parts.

It is composed by an horizontal “table” shaped structure with two running plates for the film. Its large inspection area and the incorporated viewer allow an easy film handling and comfortable space for all needed instruments.

The customisable applied tension is constantly controlled through a CPU that keeps movement smooth so to guarantee no damages to the films handled. The same control CPU ensures a flat customisable speed free from sudden risky oscillations potentially harmful for aged but even new film.

The film rolls have been specially designed so to touch film only at perforation edges and are provided with tin-like ball bearings to avoid film stress and damage.

The film rolls are provided with special safety slides for correct film positioning, also in case of loading mistakes.

Its adjustable-pitch sprocket, safeguards any standard and short pitched perforations, up to the most retired ones from the archive.

In any case the film is always automatically pre-tensioned before starting and its integrated technology protects the film from any tension damage. 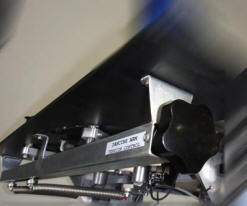 For a correct adaptation of the equipment to the fragility of the loaded film, a tension control is provided.

The standard setting (12fps-24fps-150fps) can be easily changed by the operator directly from the setting menu on the keyboard.

An easy and ergonomic control knob enables the operator to run the film in either direction with variable speed from 0 up to 200fps (max peak speed) maintaining always the same tension during all the operations. 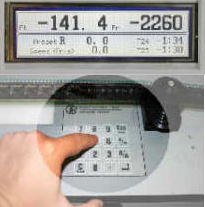 The digital counter measures in real time the film length in feet, frames, meters, fps and elapsed time at 24 or 25 fps and the operator can locate a certain frame simply digiting its foot and frame references on the keyboard.

This special accessory magnifys onto a monitor screen the operative area maintaining both hands free for easy use.

The system is equipped with two different light sources (visible white light and IR 950nm light) useable separately or in combination so to hide defects (only visible light), enhance dramatically the physical surface defects (IR only) or get a defects perspective with a reference on the frame image (visible and IR). 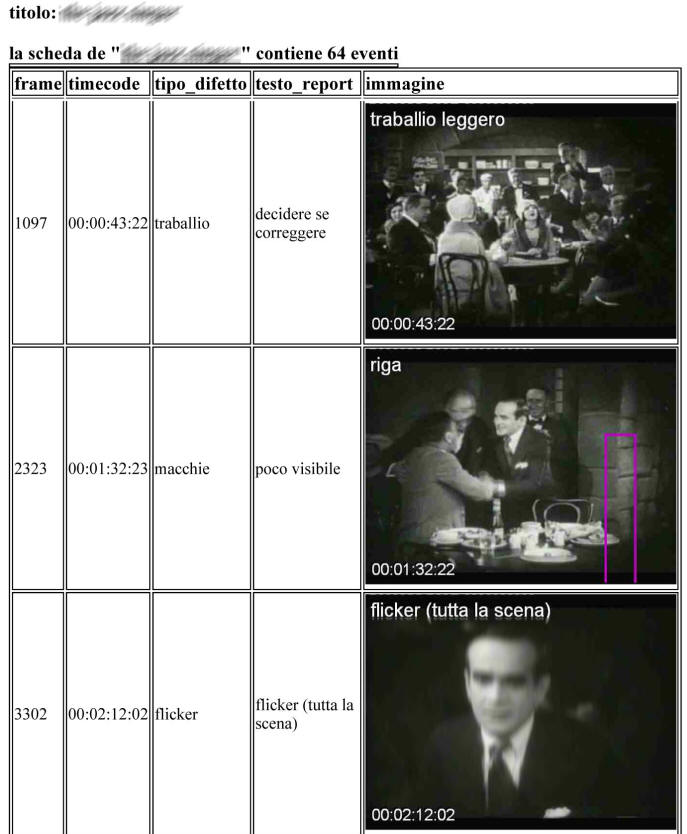 EZ ARCHIVE is a special optional software that can be used in conjunction with the D-Observer FSC Digitally evolved version.

Its main purpose is the editing of a report during the film analysis phase.

Its simple interface gives to the operator the possibility to describe quickly and easily any encountered defect in order to get a final report as quick reference of the film state.

The video acquisition integrated module will helps in adding more value to the analysis made on the film roll allowing the operator to store digitally an image (video screen shot) of any encountered problem.

The final result will be a database containing all analysed films with their defects described frame by frame with the additional screenshot as visual reference of the frame and defect position.

The database will be accessible through intranet or internet and the resulting acquired report will be like the one shown here.

D-Observer can be easily upgraded to handle other archive or special formats:

The widest choice of cinema splicers is available for all LABS-CINEMA-ARCHIVE formats and uses.